Three Walls and a Portal

By alice
Posted September 13, 2021
In Uncategorized
Three Walls and a Portal2021-09-132021-09-13https://therabbitholechicago.com/wp-content/uploads/2021/08/nobackground.pngThe Rabbit Hole Chicagohttps://therabbitholechicago.com/wp-content/uploads/2021/09/20210507_165335-scaled.jpg200px200px
0
It’s in our name, The Rabbit Hole. The concept behind the moniker is more than just the obvious Lewis Carrol association. “Falling” down a rabbit hole, like “falling” in love is about surrender. One steps out of the mundane outside world into a magical space where the right combination of food, beverage, and company creates the alchemy needed for true and healthy escape, a change in perspective, a shift in perception, an adventure.
Most bars, pubs, saloons (call them what you will) have four walls bounding the space. The Rabbit Hole Chicago has three walls and a portal.
Artist and Old Town local, Charles Montell, who goes by the artist name “Trance”, has been frequenting the tavern at 1208 N. Wells since it was known as Saluki Bar. Back then the North wall was boring, prison-like exposed brick.

Sure it was clean, warm even… but sterile. It did nothing to tell the story or transport the customer.

After a change in ownership and concept, the first mural was painted on the North wall. The artwork was well executed but ill-conceived, and many humorously imagined it might be the view from the screen of a proctologist.

The mural was then replaced with an interactive experience. Customers were given the tools and license to add their own mark. This was fun, if unoriginal, but difficult to police and soon space and inspiration was low. It was not uncommon to see vulgarities or offensive terms that needed to be edited on a frequent basis. It wasn’t working.

With his story ranging from street artist to being shown in galleries and a day job as a creative director in the great Chicago industry of Advertising, Montell, was in a position to “open the portal”.

“I wanted to bring a touch of the graffiti style and mix it with the magic of Lewis Carol, and set it all firmly in Chicago.” He explains.

“You’ll notice the vortex patterns that repeat through the piece, those represent being transported. With the Chicago skyline in the background, the whole idea is escaping from the sometimes oppressive nature of the city into a magical space where anything is possible.”

Coincidentally to our Alice in Wonderland connection, many places will use a looking glass or mirrored walls to give the illusion of more space, but savvy customers have caught on. A true portal to another world is art. Not only does it unbound the space, but it immediately creates impact, tells the story, lets the customer know they are not just anywhere… they are somewhere, and more. They are someplace special.

Street art, and the style it evokes are no longer underground. The mainstream has embraced and seen the value in such works. The slight “edge” it supplies provides us with an air of non-threatening authenticity, diversity, and inclusion. All important concepts to younger customers.

Our community embraces our artists and celebrates their work proudly. Even visits from internationals like Shepard Fairey or Banksy are now circulated as front-page news in Chicago.

The people in beer commercials today look different than 10 years ago, the demographic has shifted just as though it has fallen down a rabbit hole, and through a portal.

Join Us on The 'Gram!

How'd we do? Take this survey and help us serve you better!

We're not around right now. But you can send us an email and we'll get back to you, asap. 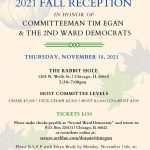